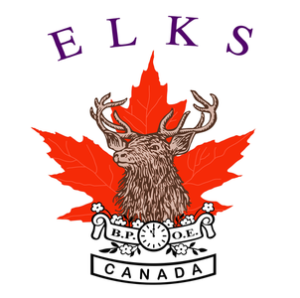 Passed away at Maple Creek, Saskatchewan after a short hospital stay.

Oscar was born at the NW-35-13-27-W3 to Clemens and Meta (Schmidt) Hammer, along with his twin brother, Oswald.  He was raised in the Thunder Hill District, south of Golden Prairie, Saskatchewan.    He, along with his brother, farmed with their father on the original homestead where he lived until he retired to Maple Creek in the fall of 2002.

November 20, 1953, Oscar married Eileen Countryman and resided on the family farm, ranching and farming.  They raised three children, Sharon, Stewart and Edward.      Oscar and Eileen were active in various service clubs and were an integral part of the Thunder Hill community.  He was a lifetime member of the B.P.O.E. Elks of Maple Creek for 53 years and a dedicated committee member of the Agricultural Society and Rodeo Committee.  He was a Councillor for the Rural Municipality of Big Stick No. 141 for ten years.  Oscar also dedicated time to the Jasper Cultural and Historical Centre building picnic tables, saddle stands and other jobs that needed to be completed.  He was an avid volunteer and wouldn’t miss a chance to visit the residents at the manor or long -term care.   Oscar was very well known for ticket sales on behalf of the Elks and there wasn’t too many in town that he didn’t talk into buying from him!  In his youth, he was a pitcher for the Golden Prairie Chinooks and throughout his life he was an avid sports and rodeo fan.  He attended many, probably almost all, hockey games at the local arena.

Oscar’s family would like to thank the staff at the Southwest Integrated Healthcare Facility for the care they provided to our dad and grandpa.  We would also like to thank family and friends for their expressions of sympathy and their support. Oscar will be truly missed within this community.

As our dad would say, “It’s a great life if you don’t weaken” and “Keep between the ditches”!

To send flowers to the family or plant a tree in memory of Oscar Bernhard Hammer, please visit our floral store.

Video is available for this event